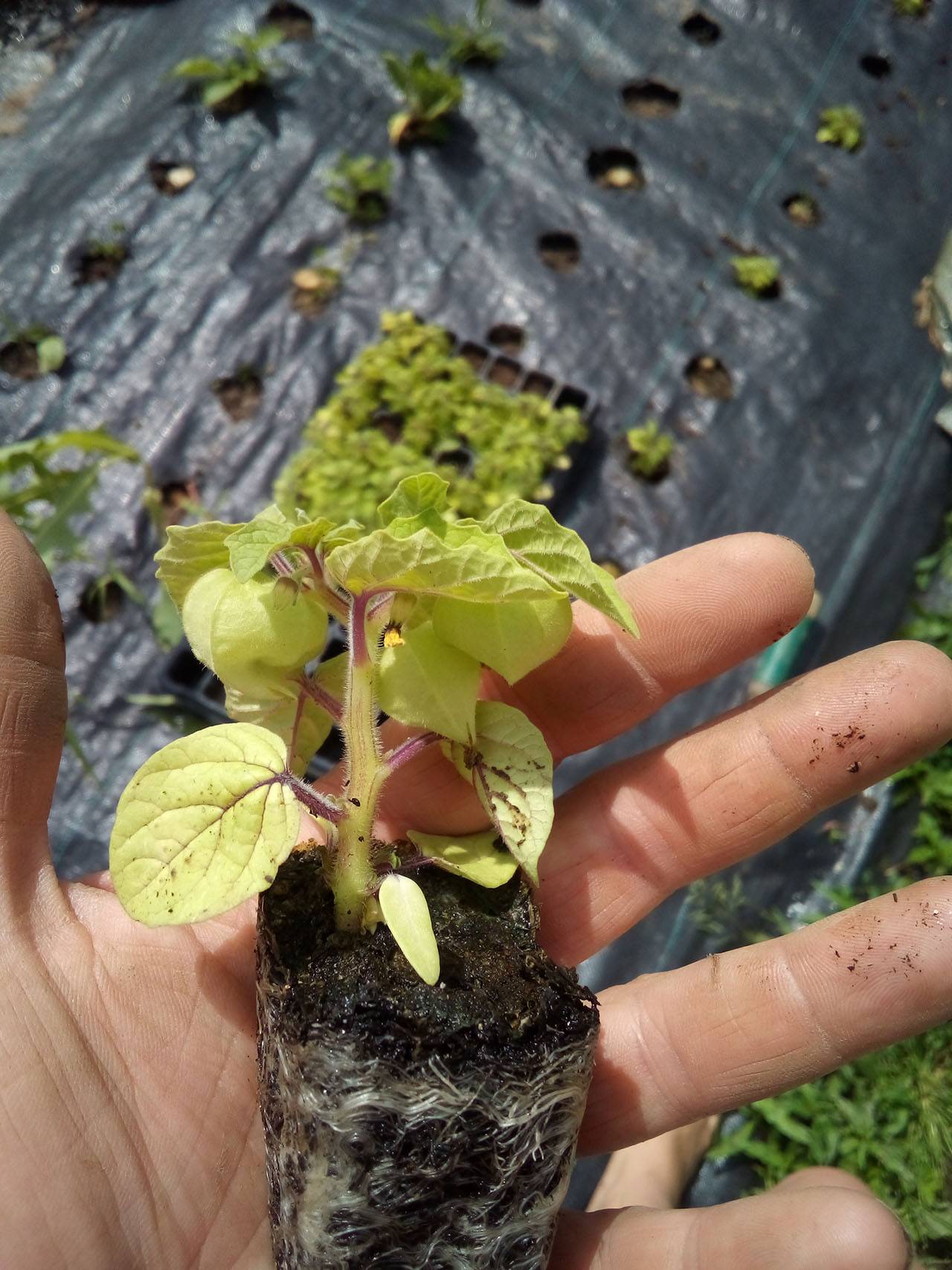 I had three encounters today that I found notably wild. This morning when I went out to water the transplants, I suddenly realized the goldie ground cherries were blossoming with the adorable little husks that envelope the succulent fruit. I stepped forward to take a closer look, and to my surprise, almost every transplant had 2, 3, even 4 young fruit pods. My first thoughts were; “How did I miss this”? and “Oh my goodness, I need to get these in the ground stat”. I had noted that the ground cherries were a priority to get planted, but I was waiting for a bed to open up. I was amazed that such a tiny pod of soil had contained enough energy to produce such a wonder. In the midday heat, I happened to walk into greenhouse 3 when a large male rose breasted grosbeak flew into the greenhouse and crashed into the wall. Before I had taken one step to attempt another rescue, Carrot pounced on the disoriented bird. I heard a few frantic cheeps and then silence followed by celebratory meowing. I advanced toward the scene of the crime and shook my head at the wild turn of events that transpired in a split second. Later in the afternoon, I was weeding the salad mix and either from heat exhaustion or sweat running in my eyes, I thought an odd looking twig was a snake. I shrieked and jumped back, and again, before I could take one step, my body had launched into a full physical panic reaction. My heart was racing, I felt dizzy, and I was panting more than usual. My brain had identified the object as innocuous but my body was fully engaged in fight, flight, or faint mode. As I reflect on this day, I am bewildered by the elementary fact that nature is always more steps ahead of us than we can grasp.