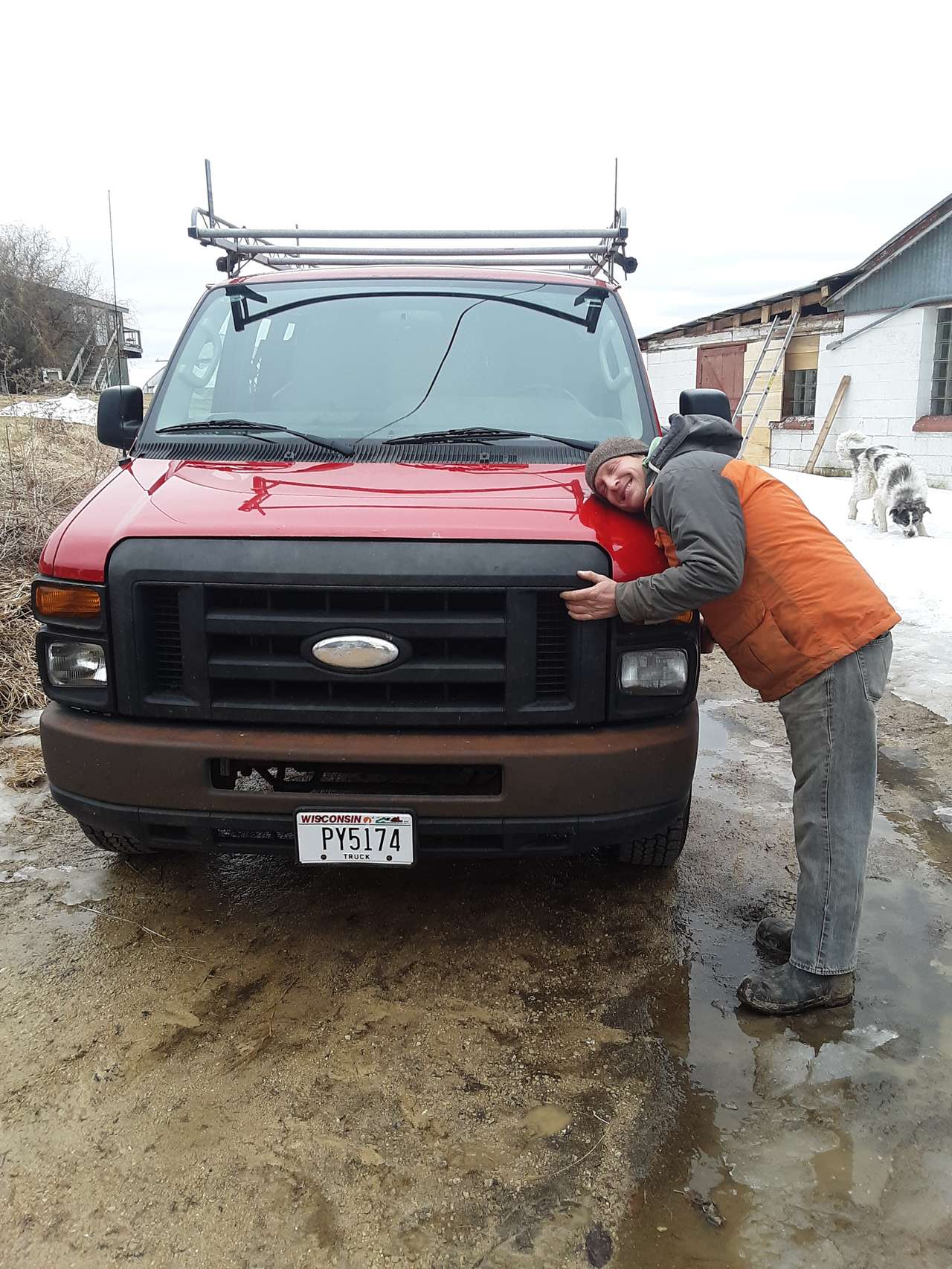 Dear Farm Journal,
After 460,000 miles and 12 seasons with Keewaydin, the white van is going into semi-retirement. Rufus has been lovingly limping “vano” along for…well since I came into the picture in 2017. He purchased the van in 2008 for $5,000. After we finished the last couple seasons, Rufus would promise the van it would be the last, then drive her hard another year, densely encumbered by boxes of heavy root vegetables into the fall and winter seasons. He gave her ample chances to break down, but she just wouldn’t. She has been a loyal delivery vehicle, paying for herself many times over and pressing on seemingly by only the electric willpower of her captain. Miraculously, she still runs, but another season was not in the stars. I’m pretty sure we burned through our last lucky star with the van last season. Fortunately, after months, maybe years, of prudent internet searches, Rufus found a big red van, retiring from a commercial plumbing fleet. It has more cargo space and even a partition to stop boxes from nailing Rufus in the back of the head during sudden braking (one of his favorite features). We are both most definitely grateful to have a more reliable delivery vehicle going into 2020. I have to say, he looks pretty handsome in it!
~Joy