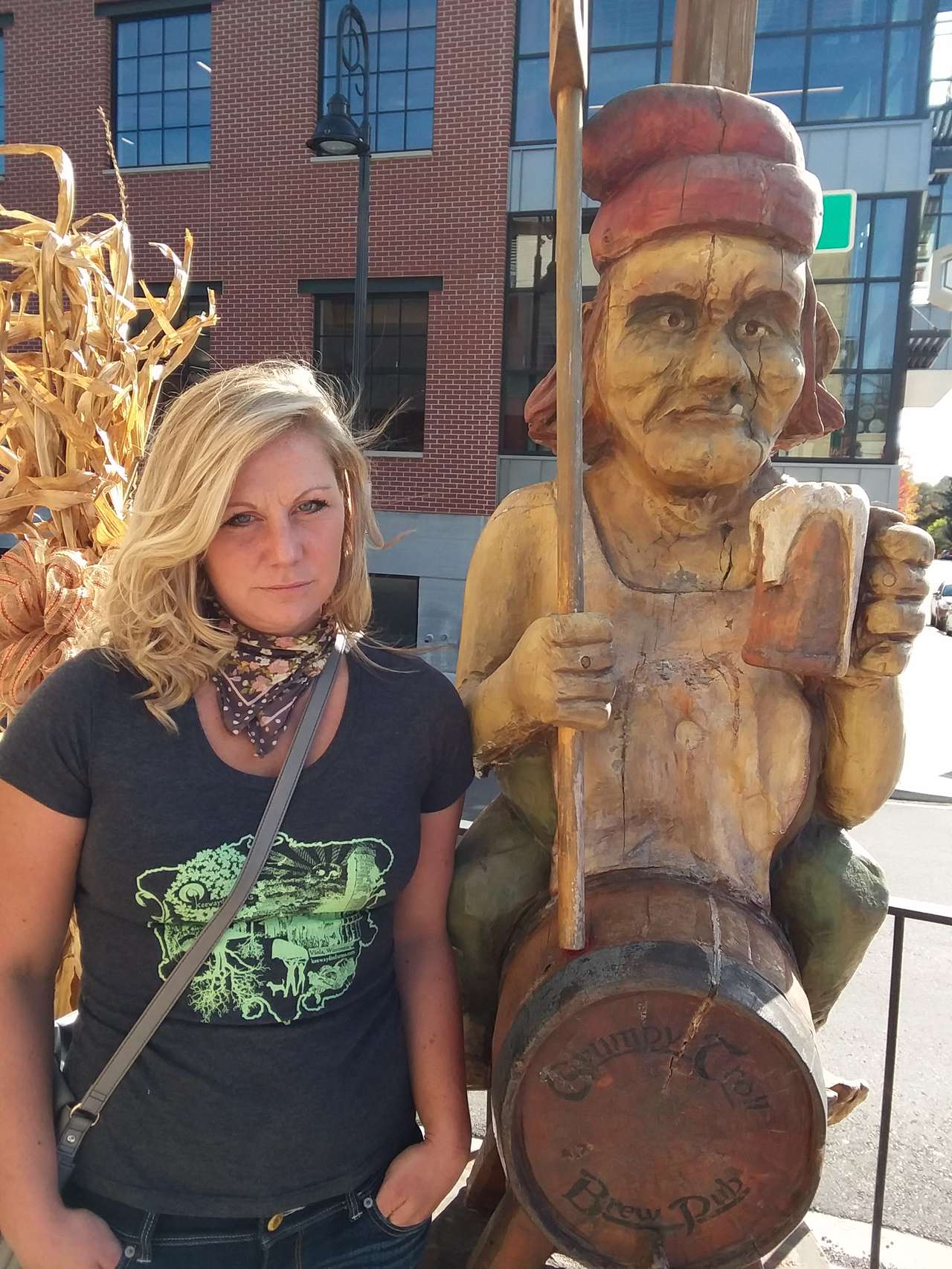 10/23/2019
Dear Farm Journal,
Since it’s a little bit of a slower week, being in between the fall and winter CSA, Rufus asked me to accompany him to Madison for wholesale deliveries, and I reluctantly obliged. I was only reluctant because that meant I had to leave our unruly dog with Mother Mary, who I wasn’t sure could handle him in his high maintenance state, but I took the leap anyway. Rufus had an incredible day planned for us, including brunch at Bloom Bake Shop, shopping for Halloween costumes, lunch at Sunn Cafe, and afternoon drinks at our friends’ bar, The Up North. I excitedly got ready for an off farm date day, and carefully explained Balio’s instructions to Mary. One thing I emphasized was that she shouldn’t take his homemade halter off because it is confusing to get back on, and that he can’t be off leash/tie out because he will make a mad dash for his girlfriend. Side note; his chocolate lab girlfriend came by on Tuesday, sending Balio into a wreck of doggy distress. He was literally jumping straight up in the air (all four paws airborne) and crying desperately for her. Anyways, I was feeling pretty pumped to get a little time away from the madness. Unfortunately, we were only a few bites into our delectable brunch and savory bloody marys when we got the call. Mary had taken off Balio’s halter and couldn’t figure out how to get it back on. She had already called Papa Rich in for backup and between the four of us on the phone, they got it back on. Now, needless to say, I was pretty grumpy about the whole scenario for multiple reasons. We don’t get a lot of opportunities like this, and now I felt she had spoiled the day by making me even more concerned that she was incapable of handling a few hours with the dog, so we cut our day short and came home. We had one last delivery on our way out of town at the Sunn Cafe, and right next door was a pub/brewery called, The Grumpy Troll. Rufus insisted we stop in for a beer since I was so grumpy. It’s tough to turn that down, even if I was in a bad mood, so we went in for a drink. We chatted with some old codgers, gardeners and horsemen. After a few double IPAs, my attitude was adjusted and I put my smile back on. When we got back to the valley, we had a birthday party to attend, and we decided to take Balio with us: BIG MISTAKE. Let’s just say the night ended with 5 people trying to pop the locks open after Balio locked himself in the Honda with the keys in it… He’s never leaving the farm again.
~Joy