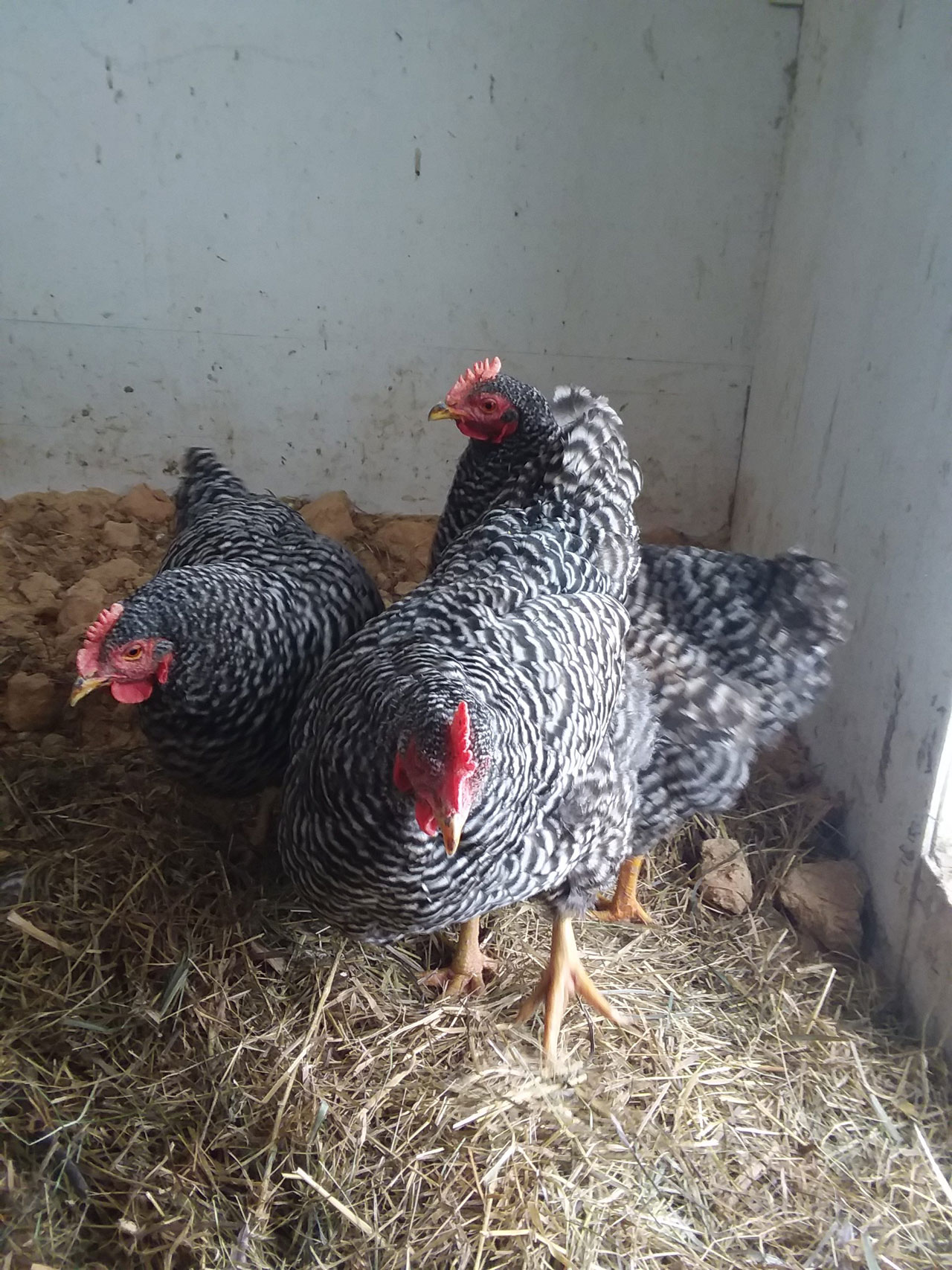 The chicken experiment has gone expectedly and horribly wrong. I woke up this morning with an uneasy feeling that someone was clucking around in our greenhouses. My mind jolted awake at the thought and my body slowly rose from beneath the covers. “We better check on those chickens” I said in a barely audible, slightly scratchy voice. It was early, but the hens had the jump on us. Their newfound freedom had no regard for the invisible boundaries of the compost trench. Oh no, they were curious, garden bound birds. I found the three barred rock hens roosting and scratching around in greenhouse 4, one red hen exploring uncharted territory toward the main gardens, and one chicken who took it upon herself to jump up onto the greenhouse three tables to check out/peck out the newly planted seeds. Wonderful. I was willing to give them a chance. I put up some boundaries, but by midafternoon, Rufus and I both agreed on a recapture mission, at least until we could figure out a better confining system. Well, needless to say, the hens, basking in the sunshine and their fresh privilege, would not be so easily recaptured. Rufus and I tag teamed one hen, hiding in a large flowering bush. I shouted to Rufus, “I’m warning you, she’s a smart one. She has zero herding instincts and remarkably agile juking abilities”. He dove toward the skirting hen several times before trapping her among another bush of big poofy white flowers. As Rufus sheepishly walked away, sweating bullets, I heard him say, “Okay Tumbalina, You are a bad chicken. You were supposed to stay in a very specific area, and you made a fool out of me!” When he returned, he said, “This is at least a two man job. There are still five chickens out there”.