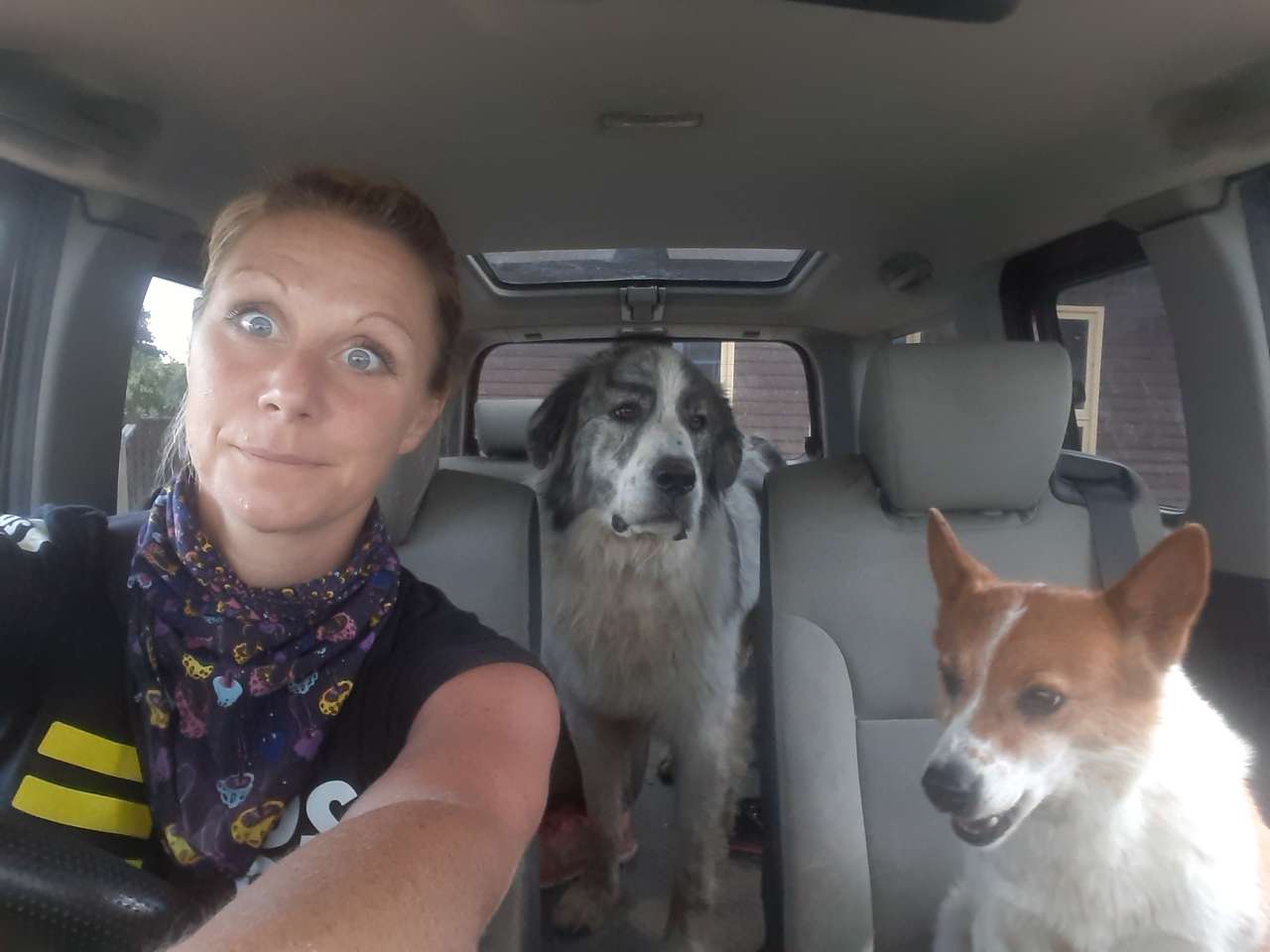 Dear Farm Journal,
I decided, against my better judgement, to take both Balio and Gizmo to the vet at the same time. I’ve never had a particularly painless trip with either one of them individually, so I’m not sure what I was thinking. Also, I only have one collar and one leash. These guys are free range farm dogs who reject restraint, enclosure, and most of all, town (sort of like their owners). To begin, Balio went to lunch with Elaina and failed to return with her. Instead, he hid himself under the cabin, until I had to physically retrieve him, at which point, Giz liberated himself from the confines of the car. I literally had to jump on Balio’s back and grab onto his fur to wrangle him. This is not our first rodeo. The drive to Viroqua was chaotic, stanky, and I’m pretty sure I swallowed some dog hair. Once we arrived, I walked the fine line between slamming someone’s tail in the door and opening it a smidgen too wide to lose both dogs for good. Inside, “Big B” and “Little G” decide to switch roles. Balio is cool as a cucumber and Giz takes two feisty snaps at the vet who has to call for back up. Okay Boys! Back to the farm! As ecstatic as the dogs were to be back home, no one was happier than me to get out of that car.
~Joy