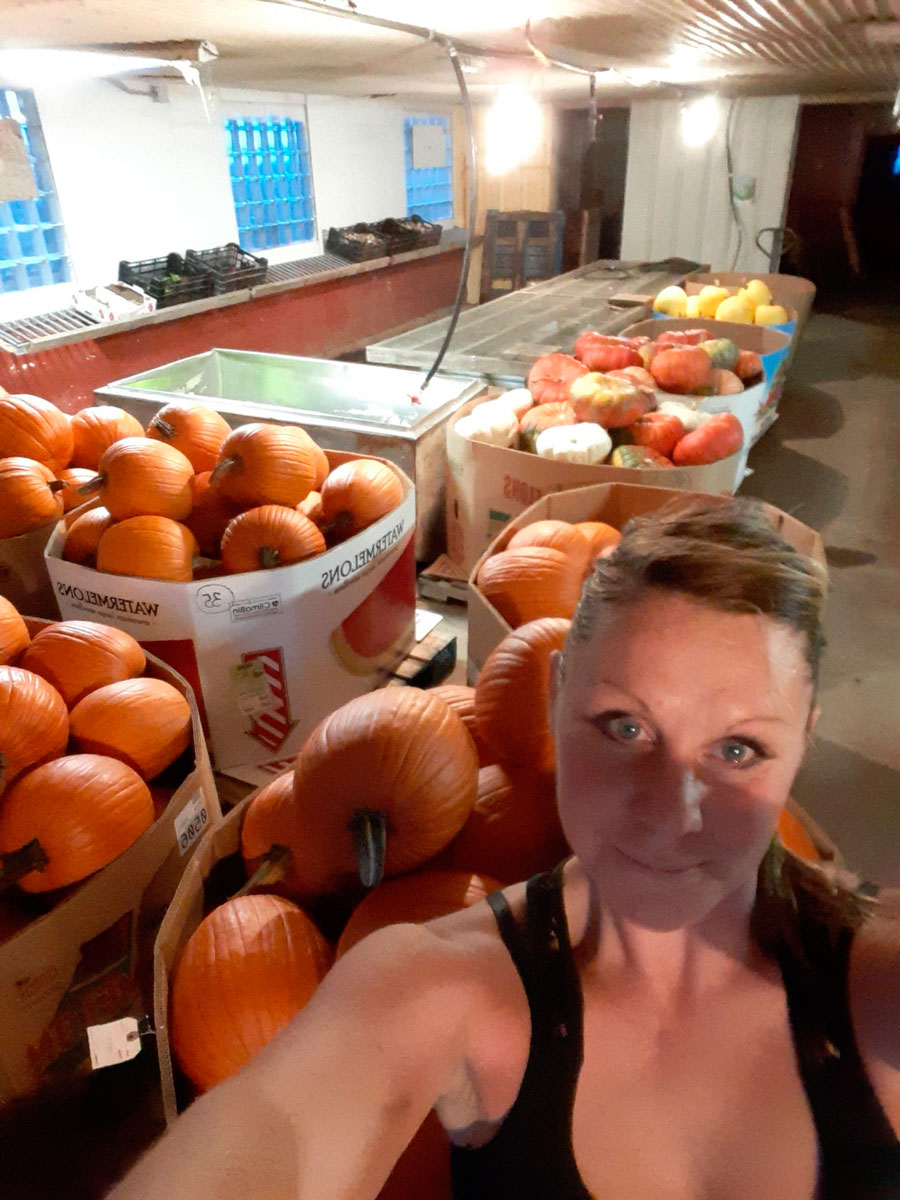 Nothing makes people get in the fall spirit quite like a pumpkin, and the season is fully upon us. This means culling and shining up bins upon bins of these heavy future jack-o-lanterns. I lift each pumpkin, spinning it in my hands, searching for any blemishes, soft spots, green areas, or dirt. Once it passes inspection, into the bin it goes. I find carving pumpkins to be such an odd crop because no one actually eats them. Before I came to Keewaydin, I didn’t know there was a difference between carving pumpkins and pie pumpkins. Now between ourselves and other growers, I have seen pumpkins stranger than I could have imagined; orange and green warty pumpkins, blue hued bumpy pumpkins, incredibly dense flat smooth pumpkins, yellow, white, and green pumpkins in a plethora of shapes and sizes. I was intrigued about why we go so nuts for pumpkins in the fall and found the tradition goes back to Celtic farmers. They first carved faces into turnips to scare away evil spirits they believed lurked around the bonfires in their fields. They were used to light the farmer’s path to and from the bonfires. Carving pumpkins were called jack-o-lanterns by the Irish who told a legend about a farmer named Jack who made a bargain with the devil that left him wandering the earth for eternity. So there you go, pumpkins are traditionally linked to farmers, watching their backs in the field and burning an effigy when we sell our souls to the devil…probably to save the farm. Now that is some spooky stuff.