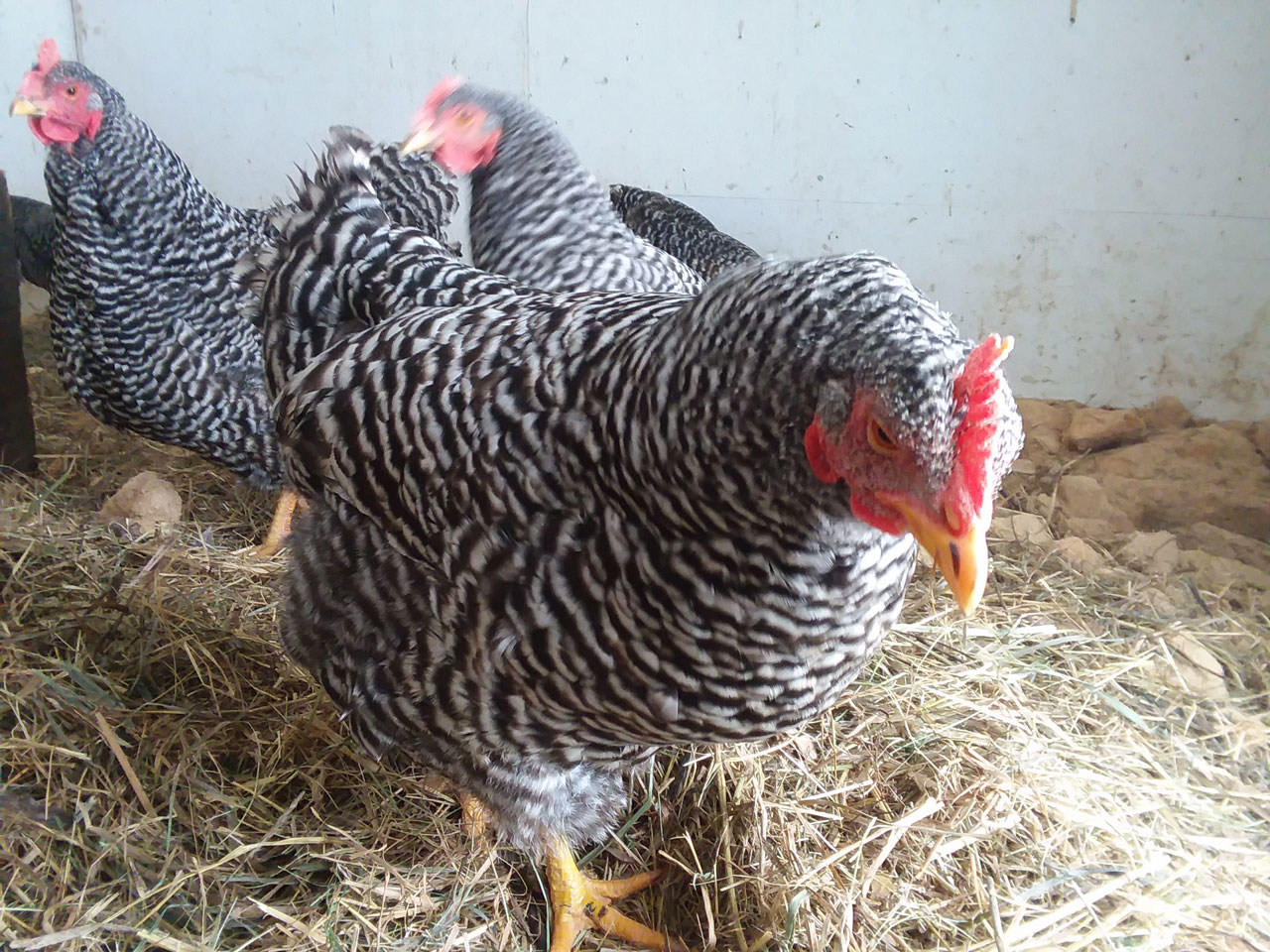 Well, we got our chickens, and it was far from the quintessential experience I imagined. First, Rufus found these chickens on Craigslist, which is always a semi-frightening gamble. The ad was for 13 Barred Rock hens that were about one year old. When he called the guy this morning, it was down to 9. By the time we were on the road, it was down to 8. Once I saw the state these chickens were in, I was convinced that they were not being sold, but dying. Rufus’s description of the phone exchanges he had with the guy definitely threw up some red flags in my head.

#2 He was supposed to meet us at a bait shop, but could not get his truck started, so we had to go to his place

#3 He had no address

#4 His voice sounded like he smoked two packs a day

#5 We were to look for a blue trailer

Now this was not the worst of it. As we approached, we were already making an exit strategy. There was a trashy trailer with a yard full of unidentifiable junk. This guy did not have his shit together, to say the least. We could not pull into the driveway because of a chain barrier, so we pulled up to the end of the driveway where he met us with a rubbermaid tote, like it was some kind of live chicken drive through. This piece of shit human being handed us the tote, Rufus put them in the van, we gave him $40 cash and got the hell out of there. I was a little concerned that we did not even look at the chickens before leaving. I could smell something was off before I really saw them. They had clearly been wallowing in their own shit and wreaked to high heaven. The van has never smelled that great, but I don’t think it can come back from this stench. As I surveyed our 8 new birds, it was evident that at least one of them was not long for this world. Her feathers were all poofed out and she never moved. The other girls pecked around like they were absolutely ravenous. A couple of them desperately pecked at a chip of ice that made it clear they were also very dehydrated. I am not sure when the last time they had food or water was or if they were being permanently housed in this rubbermaid tote with two air holes knifed out of the top. It was clear to both of us that this was more of a rescue than a purchase and neither one of us could wait to get them home to give them some proper care. Once we got them into the coop, they pecked at the grain so aggressively that we were certain they were starving. Poofy, the poofed out chicken was very unstable, but did eat a little bit. We could not get her to drink water and had to search the farm for a syringe or eye dropper to get some water in her. We quarantined her off from the other birds and hoped for the best. We both suspect she will be dead by morning, but at least we could show her a bit of kindness before she left this cruel world, and that is worth more than the five dollars we paid for her.